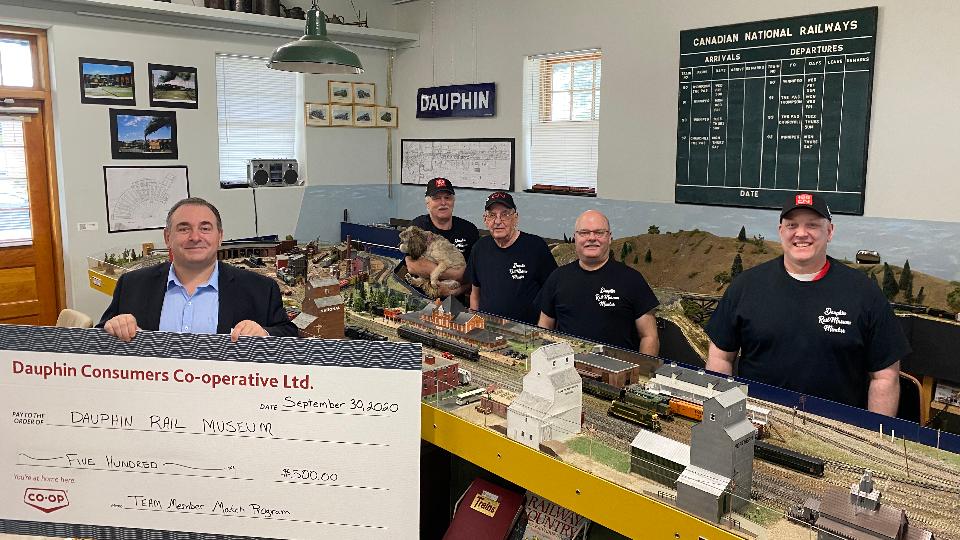 When you work at Dauphin Co-op, you begin to understand the Co-op's Vision statement: Enrich the Life of our Communities. 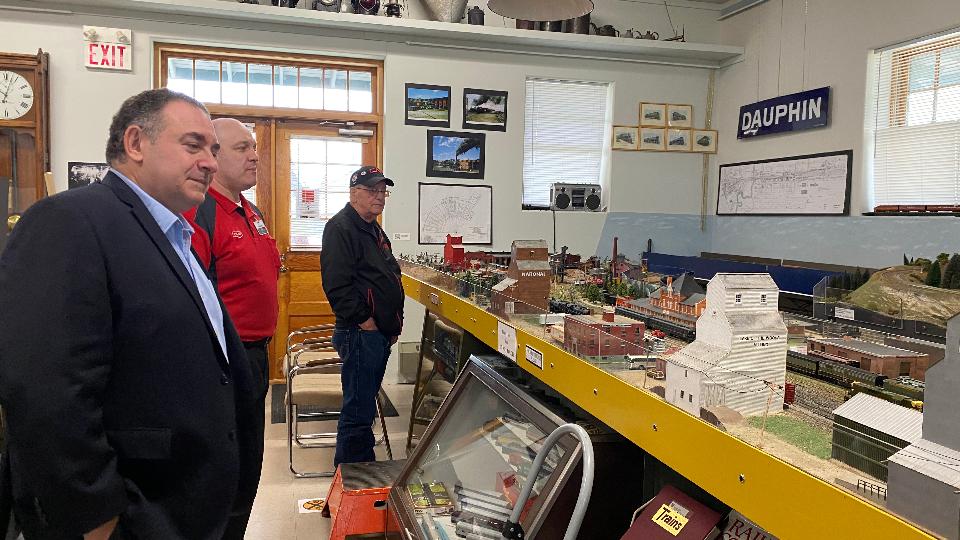 Jason Gilmore, President of the Board of Directors of Dauphin Rail Museum, works at the Food Store along with  Randall Townsend. Both of these Team Members are devoted to their positions and go over and above ensuring projects at the Museum are progressing as they work with senior members of the Board to preserve the rich history of the railroad in Dauphin since the station was built in 1906.

When asked why the Rail Museum was so meaningful, Jason responded, "I guess you could say that I have always enjoyed trains and had connection to railway. The bloodlines run deep in the Gilmore family as my Great Grandfather, Grandfather, Great Uncle and Father all worked in some capacity in the railway.

One of my favourite early memories as a child was visiting my Grandparents in Charleswood (Winnipeg), and my Father and taking my brother and I on a long walk to the CNR mainline to watch the trains pass by. When you are young, the size, sound and specter of these rolling behemoths are even more magnified and the impression has always remained.

The sustainability and growth of both the Dauphin Rail Museum and Rail Station is a story of dedication and passion to both me and my Father. The history and architectural beauty of the building is undeniable and holds a special place in both of our hearts.

One of the centrepieces of the Museum remains the HO scal model railroad layout depicting Dauphin in 1954. I've always been amazed at the amount of time, effort and detail put into this by past and current Museum Members. When I became President in 2019, I noticed that the one remaining piece to this layout lacked the detail of the rest of the layout, and that was the model of the Rail Station. Despite my Dad's best efforts, this project was never going to be completed by traditional methods. It was too difficult and detailed to be done by hand. 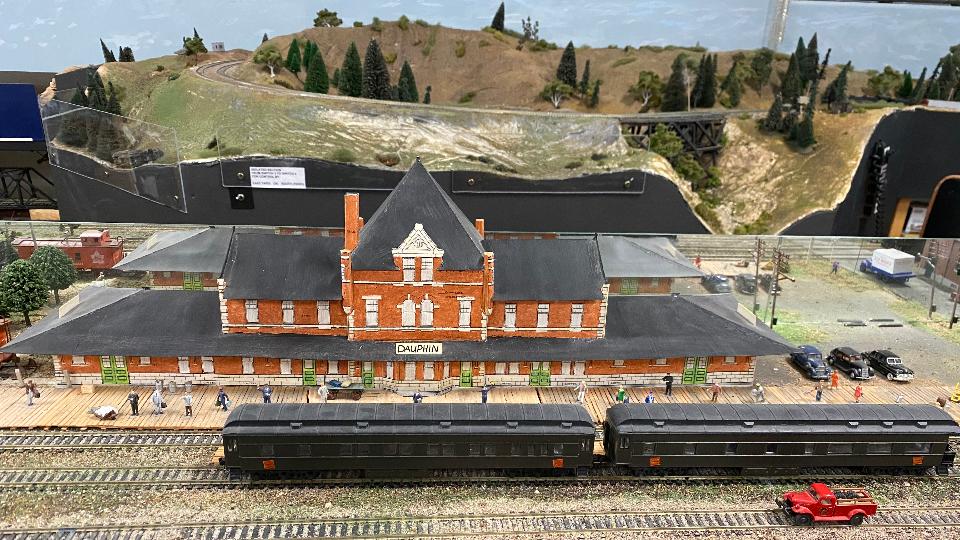 That's when I had the idea of using 3D printing technology. After approaching several businesses with this project, we decided on Fablab at the Faculty of Architecture at the University of Manitoba. With the help of both public and Museum Member donations and the Dauphin Co-op Matching contribution, we have been able to complete this project. This project, in conjunction with many other future projects, help us move closer to our goal of having the Dauphin Rail Station considered a major attraction to both tourists and the citizens of  Dauphin." 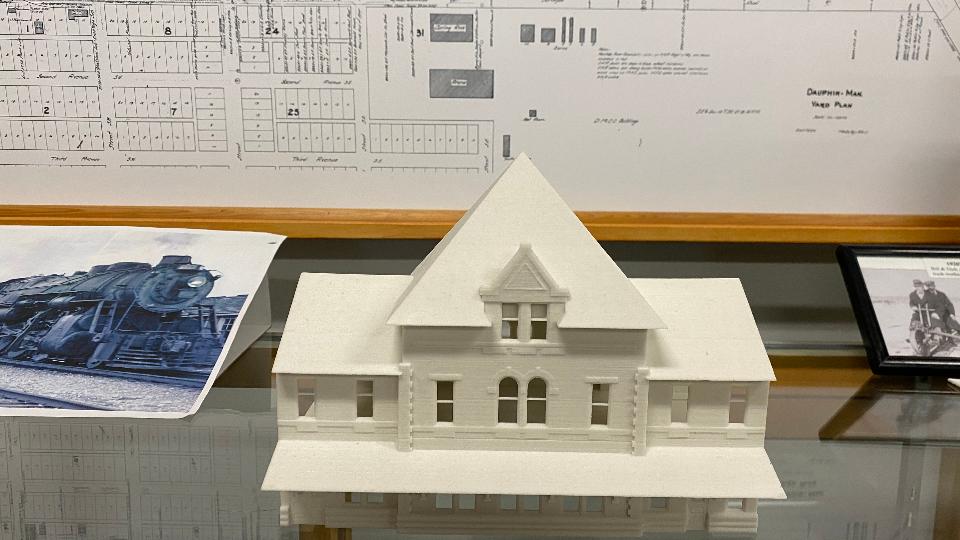 Dauphin Co-op will match Team Member fundraising efforts up to the first $500. We are proud of the efforts of Jason and Randall and everyone else involved with this project and look forward to seeing the finished project. Many more hours of painting individual pieces of the station lie ahead, but we know they will keep moving forward to preserve the rich heritage of our town. 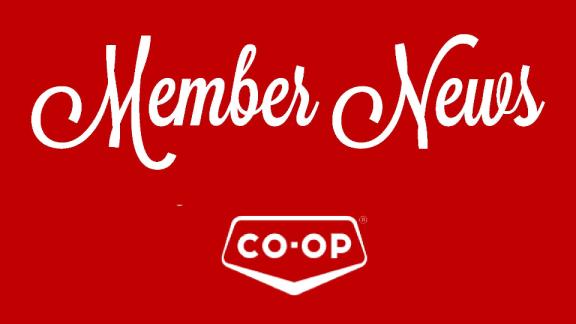 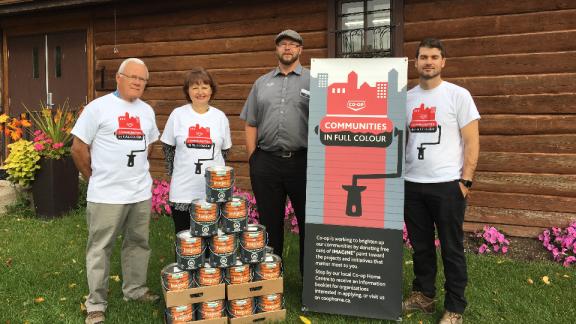 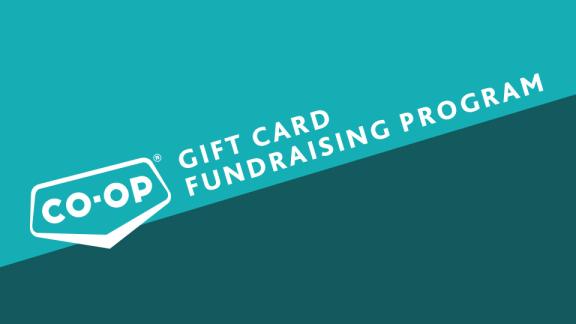